Alumni Eugene Thong completed his LPC and Master of Laws in International Legal Practice at our Moorgate London campus. With experience studying in Paris and England, we caught up with Eugene to discuss how his international studies have helped him in his current role as Deputy Counsel at the Secretariat of the International Court of Arbitration of the International Chamber of Commerce, based in Hong Kong.

My original intention was to study the LPC, which was a prerequisite to being qualified as a solicitor in England and Wales. The University of Law was one of the few institutions offering the LPC, and I knew lawyers who had also read the LPC there (under its previous name as the College of Law). Having heard good things about their experiences there, I decided to apply.

I have good memories of my time at The University of Law. The staff members were always warm and helpful at the London Moorgate campus where I was based, the grounds were well-equipped with facilities, and the location of the campus in the heart of the City made my time there very comfortable and convenient. I also met people from different backgrounds, and even keep in touch with a few of them to this day.

After graduation, I worked as a trainee solicitor in an international law firm, and sat in a few departments which covered both transactional and dispute teams. As a trainee solicitor, I was also fortunate enough to work not only in the firm’s London office but also its Singapore office.

It is challenging to summarise a normal day in my current role, given that there are different internal deadlines pending almost every single day of the week. Be that as it may, I will say that every day starts with browsing through all the emails that have come in over the previous night for all my cases, be these legal submissions filed by disputing parties, procedural orders and decisions issued by arbitral tribunals, or correspondence regarding pre-hearing preparations. A number of these emails will require a response on my part, and for the rest, I will need to make a mental note of what is going on in my cases, because certain actions need to be taken at certain stages in an arbitral proceeding. Throughout the day, emails will also continue to flood in, sometimes requiring follow-up action by me.

The rest of the day then consists of a veritable medley of tasks. A large part of the day, for example, tends to include drafting up memoranda regarding decisions that have to be taken in respect of issues arising from cases. These will eventually be submitted to the International Court of Arbitration for approval, after several rounds of review and revisions.

Another responsibility I have is to manage the finances of each case, by ensuring that all relevant payments, both incoming and outgoing, are made promptly. Essentially, these have to do with costs incurred for administration of cases and engagement of arbitrators.

Occasionally, I have to address queries that come in by telephone as well. These could be either general enquiries from the public, or case-specific enquiries.

Normally, there is also at least one internal meeting every week, held by video conference, during which cases are discussed across our various offices worldwide.

Generally, all of the above happens in parallel, and I have to adjust my schedule from day to day, depending on the urgency of cases and whatever happens to crop up.
In my current role, I hope to broaden my exposure to international arbitration cases by learning how parties from different legal cultures and parts of the world, across a larger sample group, approach legal disputes. I also wish to develop a deeper appreciation for the procedural aspects of arbitration proceedings, which are sometimes overlooked in the fray of a dispute even though they are no less important than substantive law: indeed, the majority of the grounds on which arbitral awards may be set aside (i.e. rendered invalid) or denied enforcement are based on procedural irregularity.

Studying English law helped with my role in Hong Kong because I work in the field of international arbitration, which tends to implicate more than one national law. In this regard, knowledge of English law is especially useful because it remains the most popular choice of law governing commercial contracts worldwide. It certainly helps as well that English law has a far-reaching global influence as a result of history.

Becoming a qualified solicitor may very well be considered the most important milestone in my career so far, because that was the prerequisite for many good things that have come by since then. Aside from that, deciding to work at an arbitral institution has definitely been an eye-opener and much more than I ever imagined it would be, even though this cannot really be called a ‘highlight’ properly speaking, since it is not a one-off event. My current role has deepened my understanding of my chosen field by giving me insight into and a new perspective of the different actions involved, and in addition made me acutely conscious of the myriad possibilities that lie off the conventional law firm track for a qualified solicitor.

My advice to anyone considering law is be aware of the many possibilities that come with a law degree. Many, or even most, law students tend to think that studying law means that you will automatically end up working in a law firm for many years to come, but that is no longer the case. It is true that becoming a qualified solicitor requires spending some time in a law firm as a trainee, but upon qualification, opportunities abound. The legal industry has seen many adjustments in recent years, and it would be a shame to restrict oneself to conventional ways of thinking instead of seizing or even creating opportunities made accessible by the modernising legal landscape. I have come to realise that even working as in-house counsel is no longer the only viable alternative to practising in a law firm. I cannot meaningfully comment on other areas of law, but in respect of my chosen field (international arbitration), there is always the possibility of working in an arbitral institution, in a third-party funding organisation, or as tribunal secretary, to name a few examples. It is simply a matter of whether one is willing to venture out and take on a less common role, and in some way, be more proactive in shaping one’s own career. In summary, although I will not exaggerate and say that the possibilities are endless, it is certainly true that opportunities are legion outside the traditional mould, and I think law students should bear this in mind.

Discover more about studying in Hong Kong with The University of Law. 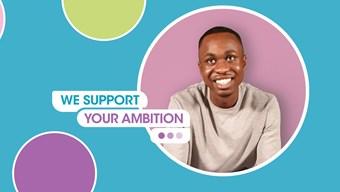 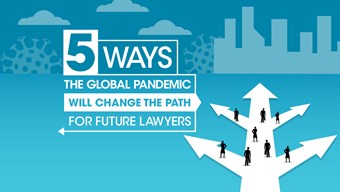 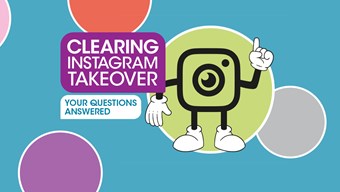 All the great questions from our Clearing Instagram takeover