Nicola Cain does her best to make media law sound unglamorous. An eight-year veteran of the BBC’s in-house team, the Blackpool- born barrister used to advise on some of the country’s most popular TV shows -- including Top Gear, Panorama and Have I Got News For You -- before joining solicitors RPC. As a private practitioner, she’s already represented the Sun in the notorious John Worboys case as well as ex-MI6 agent Christopher Steele, the man responsible for a highly controversial report about Donald Trump’s ties to Russia.

Cain, already a partner after 18 months with the firm, says it’s all in a day’s work.

“It might sound glamorous, but the reality is that if you want to do some - thing glamorous, don’t become a lawyer,” she jokes. “Law’s still law!” (Sports lawyers, as you’ll see on page 32, tend to say the same thing.) Verdict isn’t buying it, and Cain concedes that her tribe are “the best and most fun lawyers, not stuffy at all”. And in terms of the work, “you do get a buzz from doing things that are interesting and high profile, things that other people are reading about”.

Plenty of would-be lawyers are feeling the media law buzz. It’s one of the more in-demand areas around, with not a huge supply of jobs going: the core media disciplines of defamation, privacy and data protection are still small enough that the lawyers working on them all pretty much know one another.

Cain herself took a long time to break into this charmed circle -- and it didn’t happen on the first take. “I was told my dream of becoming a media lawyer was hopeless and to try personal injury,” she once told the Times. Sitting down with Verdict, she expands on why the advice from old heads was to take a detour.

“There were at the time two sets of chambers that specialised in media and a couple of others with practitioners who did bits of it. So you were fighting for one of two places in any given year,” Cain recalls. “Someone said to me that I’d have a lot more chance of getting pupillage and getting on if I did something really general. But I knew I didn’t want to be doing ‘trip and slip’ or general commercial work. I knew I wanted to be a media lawyer. Doing media was more important to me even than being a barrister specifically.” Finishing the Bar Vocational Course without pupillage, Cain took a job at the Ministry of Justice before being offered a spot at 5RB. There are plenty of pupillage opportunities, she thinks, for people who take up gainful employment before applying.

“You’ve just got to think about what your transferable skills are. If you’re doing a job where you’re delivering presentations or persuading people -- in sales, for example -- that’s a transfer - able skill set. If you can show that you can apply them in your legal work, you can use those skills to your advantage. You might think you’ve done a job that’s not really relevant but think about what the skills are, not just what the role is.”

Passion isn’t enough, of course. You sense there’s a serious work ethic underneath Cain’s down-to-earth facade: this is, after all, someone who did a media law LLM at night while holding down a full-time civil service job, and spends some of her spare time these days teaching herself to code.

Sheer graft aside, boning up on current issues is one way to demonstrate a commitment to the area. A whistle-stop tour includes the recent fall-off in libel cases as the Defamation Act 2013 beds in and the continuing development of misuse of private information as a tort. From Cliff Richard to Philip Green, the debate about how to reconcile personal privacy with the right to freely report basic facts has been turbo-charged over the course of 2018.

In news, immediacy matters. That can mean some late nights: dealing with injunctions designed to prevent a story or broadcast going out, for example. “I always find that the adrenaline gets going on something like that,” Cain says. “It can be very short and sharp. I’ve done cases where the issue came in on Wednesday or Thursday, we were in court on Friday, Monday afternoon we were in the Court of Appeal and the programme went out on Monday night. You can have a whole case in the space of a week.”

Thankfully, though, RPC doesn’t have the kind of long hours culture found elsewhere in the City. According to Cain, it’s “stuffed with people you’d actually want to have a drink with, which I’m not sure is something you can say about all lawyers you work with”. She would say that, of course, but a recent Legal Cheek junior lawyer survey saw the firm garner top ratings for ‘partner approachability’ and ‘social life’.

RPC does almost exclusively media defendant work, but there are plenty of other opportunities to get involved in the creative industries. Lawyers advising media organisations might have nothing to do with defamation or privacy: newspapers, TV companies and film studios face plenty of other legal issues, from financing to copyright to advertising regulation. And big media organisations have the same need for contractual drafting and employment law advice as any firm, so you can be a lawyer who works for the media without necessarily being a pure media lawyer.

It’s not necessarily Suits salaries, but you can live a pretty decadent lifestyle on media law money. Media outfit Wiggin reportedly pays newly qualified (NQ) lawyers £55,000 a year, for instance, with Lee & Thompson at £51,000. RPC, which does a lot more than media law, pays almost £65,000 to London NQs. At the bar, pupillage at 5RB comes with a £25,000 award.

Defamation and privacy work will include reviewing content prior to publication and advising clients on whether they have a libel case/defence. On the entertainment side, specialists in the likes of intellectual property, contract and finance make things happen backstage, making sure that creative brilliance has legal underpinnings (and litigating if it doesn’t).

Being able to demonstrate a commitment to this niche area of practice is very important. Work experience at a newspaper, broadcaster or production company will help, although this can be hard to come by outside London and Manchester. To keep up with the industry from the outside, try the Inforrm or Panopticon blogs. There is also, inevitably, a Media Law Podcast. 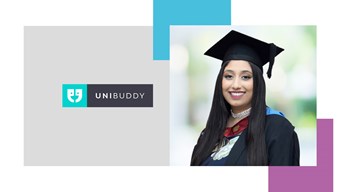