The world of law has long inspired books, films, and TV dramas. But how much does art really imitate life?

'The first thing we do’ says Dick the Butcher to the rebel leader Jack Cade in Shakespeare’s Henry VI, ‘let’s kill all the lawyers.’ Cade replies: ‘Nay, that I mean to do.’

This well-known lawyer-bashing quote has for centuries been trotted out to justify criticism of the legal profession. In fact, Shakespeare’s intention was not to encourage a general lynching of lawyers, but to expose the folly of attacks on the rule of law. Like many myths about law and lawyers, it has helped to cloud the reality of working in the legal profession.

Indeed, where Shakespeare left off, popular fiction, film, TV, and the media have taken over. British writers have long exploited the mythical life of the barrister to inject drama, glamour, and suspense into TV series. Kavanagh QC, Judge John Deed, Silk and the short-lived North Square have all been guilty of playing up the entertainment at the expense of the reality.

While there is plenty of attention to courtroom detail, the truth about the hours spent tediously going over reams of witness statements or the time spent researching arcane areas of tax law are left out because they don’t make good TV. Barristers are featured in spades, but solicitors barely get a walk-on role.

Mark Stephens CBE, a partner at London law firm Howard Kennedy, has been involved in media law for nearly 30 years and worked on dozens of high-profile cases all over the world. He says he’s noticed the gap between myth and reality: ‘The media, TV and film, have tended to portray lawyers as barristers, be-wigged and be-gowned and showing off in court. The solicitor tended to be left in the shadows. But that all changed with the TV series This Life [1996-97 BBC2] where young solicitors were all sleeping with each other, taking drugs and representing the underdog in big cases.

‘Some people even thought it was true to life and asked me whether it was based on my old firm. It wasn’t, and the truth is the reality of working as a solicitor is that the solicitor is the one that does the hard work behind the scenes making sure the barrister can strut their stuff in court.’

Stephens concedes barristers might not see it like that, and indeed, that many of the more mundane perceptions about being a lawyer aren’t necessarily true either. Indeed, the squeeze on legal aid means the label ‘fat-cat’ solicitor only applies to a select few lawyers who make their living in the City.

Jules Carey is a well-known human rights lawyer and partner with Bindmans LLP. He’s keen to set the record straight between assumption and actuality: ‘There isn’t the assumed wealth in this area of work, but there is the passion for the clients, the fierce competition with opponents, the need to make it work as a business and the fun with colleagues.

‘The law is less of a profession these days and more a business where it is all about billable hours and profit. When you come into the profession you have to make a life choice. Do you want to work at an American law firm in the City, where you’ll be putting in 15-hour days – and slightly less at big UK City firms? Or do you want to work a little less hard for less money for a better quality of life?’

'The truth is the lawyer has moved with the times and overtaken the tired, old prejudices.’

A further evolution in the battle between myth and reality is the change that time itself brings. Stephens says: ‘The modern-day solicitor is not the same as 30 years ago – wearing wide-striped white suits and braces and spouting very unfashionable views. Today he or she is much more socially engaged and safe to invite to your dinner party.’

Perhaps Shakespeare’s Dick the Butcher would feel differently today – if only he knew.

Next week we publish our list of legal-themed movies that have got it right.

A version of this article written by Robert Verkaik appeared in our Verdict magazine.

To find out what is fact and what is fiction when it comes to studying law, why not come to one of our Open Days. 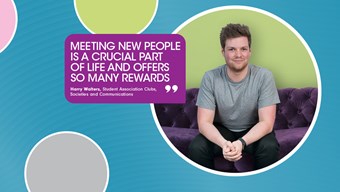