Baroness Sayeeda Warsi is a lawyer, businesswoman, campaigner and the first Muslim to serve in a British cabinet. She was invited to the House of Lords aged 36, making her the youngest peer in Parliament.

She studied the LPC at The University of Law’s former York campus before working for the Crown Prosecution Service, the Home Office Immigration Department, and her own legal practice. After being awarded an Honorary Doctorate by The University of Law in April 2017, Baroness Warsi shares her thoughts on succeeding in law and politics.

I came from a generation of Asian women whose career was chosen by their mother. I was given law - a wise choice by my mum.

When I was at ULaw, I really valued the quality of our professors and great debates we had.

I’ve had the privilege of being influenced by so many role models throughout my career. These include Professor Andrea Nollent at ULaw and Michael George, my first boss in private practice, with whom I went on to set up a legal firm. I’ve also had many role models in politics, from Nelson Mandela to Margaret Thatcher.

Law is a fabulous training ground for a career in politics as the skillsets are very similar. Both law and politics require the ability to absorb vast amounts of information and digest it into consumable arguments.  Years in court were the perfect training for answering questions as a Minister at the despatch box.

Law students and young lawyers can best contribute to society by always giving up some time for pro-bono work. That’s true of whatever form of law you choose to practice.

It’s important to have diversity in the legal profession and in politics. Those who seek to speak for us, either as legal or political representatives, need to look, think and represent all of Britain in all its diversity.

I’m a member of the House of Lords. Every time a new parliamentary session starts and Her Majesty attends to open Parliament, it is a moving and humbling moment to think that someone like me, who comes from where I started, is part of this process.

My top tip for succeeding in a legal career is be prepared to grab an opportunity with both hands when it presents itself. I did so in my 20s and I started my own legal practice.

My main hope in the current political climate is that we continue to make case for progressive legal values in UK politics.

Sadiq Khan, Mayor of London, was also awarded an Honorary Doctorate this year; read our exclusive interview with him here.

Keep company with more of our finest alumni on our new alumni network. Join now: ulaw-alumni.com 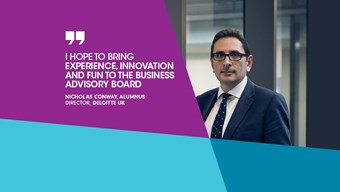 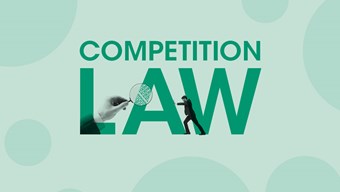