Pursuing a career in law can lead you down many very different paths. In fact, there are so many options that it can feel like you’re a kid in a candy store – you’ve got all these exciting choices in front of you and it can be tricky to figure out what to choose.

So, to give you a sneak peek into what it’s like to work as a lawyer in different areas, we’ve picked three of the biggest and most diverse sectors to profile.

One of the major aspects of corporate law is Mergers & Acquisitions (M&A), which often dominates headlines of the business section of the newspapers. M&A involves the merging, demerging (separation), buying and selling of companies. If you’ve got an interest in the business world then this is a great way for you to see how it all works from the inside.

As a trainee you’ll be conducting Due Diligence, which is the first stage of any M&A transaction. That’s the part where you do thorough background checks to make sure all the information communicated between the seller and buyer is correct. M&A lawyers are a “jack of all trades” with a good understanding of tax, capital markets, real estate, employment, pensions, environmental law and intellectual property.

Ben Ferris, Senior Tutor at ULaw says, “Working on M&A transactions definitely keeps you on your toes. No two deals are ever the same, so you’re always learning something new.”

Criminal law is probably the best known area of the law, especially when it comes to headline murder cases or celebrity driving offences, but there’s also what’s referred to as ‘white collar crime’ which involves complex fraud and corruption cases.

For any criminal case there are two sides; prosecution and defence. The Crown Prosecution Service (CPS) covers one side, employing over 2,000 solicitors to mount cases against the accused. The defence is generally provided by high street law firms who mostly handle general criminal cases, but there are some that specialise in certain areas like white collar.

As a defence solicitor your day will rarely be dull. There’s plenty of poring over statements and legislation, but you’ll also be getting out of the office to liaise with barristers and meet clients at court, in police stations or in prison. You may even find yourself representing clients in a magistrates’ court for less serious cases.

“Criminal law is real life,” says Academic Manager, Nicholas Ross. “The work is challenging but exceptionally rewarding. You represent the widest range of people in society, from the homeless to businessmen accused of fraud. There is never a day which is the same. I don’t think you’ll ever get the same high as when a judge says to you, ‘I’ve listened to what you’ve said about your client and you’ve persuaded me that there are alternative ways of dealing with him today rather than sending him to prison.’”

Anything that has been thought up by someone is considered their intellectual property and as the creator they have the right to protect it. There are a few different ways this is done, depending on what kind of property it is. Trademarks, copyright and patents are the most well-known examples of these, but there are many IP rights.

There are two kinds of IP law – contentious and non-contentious. Non-contentious IP lawyers are involved in securing a client’s IP by registration (‘patenting’ and ‘trademarking’) or by ensuring their rights are asserted. Such a lawyer will draft agreements and licences for the use of protected materials. Contentious IP lawyers get involved when a client’s rights have been infringed or abused through counterfeiting or plagiarism. Remember those £5 “Ray-Bans” you were offered by a stranger with a suitcase on a beach last summer?

ULaw Associate Professor, Peter Goodchild summarises the impact of IP law: “The world is changing fast and lots of people think that what goes on the internet is everybody’s property, but they couldn’t be more wrong. The biggest companies on the planet are so valuable because of their IP. The IP lawyer is like the guardian of the most valuable assets in the world.”

There are countless other areas for lawyers to specialise in, from banking or environmental to human rights and construction. So, whether you’re interested in insurance, housing or shipping, the key to being successful in any sector seems to be the same: Have a real passion for it and develop a specialist understanding within that area.

“It’s also important to maintain a solid level of ‘all-rounder’ skills,” says John Watkins, Director of Employability at ULaw. “That way your adaptability will make you a valuable asset.”

Whichever area of law you’re interested in, a law degree is a great starting point. 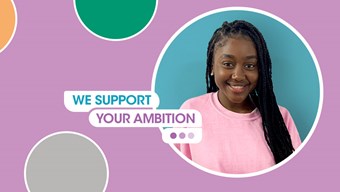 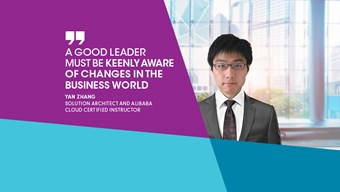 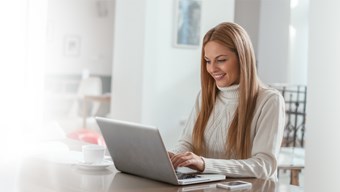