Funding for women’s refuges, which often make a life or death difference to victims of domestic abuse, is a prime example. They are currently funded on a one-year basis, which means constant uncertainty about their future. The lack of places is already endemic, with 60% of referrals of women and children turned away in 2016/17, according to Women’s Aid figures. This, combined with the grim statistic of two women a week on average killed by a partner or former partner in England and Wales, is horrifyingly inadequate. One of the WEP’s key policies is to fund women’s refuges securely on a three-year rolling grant model.

Harini practises from a leading employment, public and commercial chambers. She is the WEP lead candidate for the May 2020 London Assembly London-wide List elections, which are held on a proportional representation basis. She will also stand to be co-leader of the party with government lawyer Celine Thomas this year (2020), and previously stood as a parliamentary candidate for Vauxhall in the 2017 general election and Hackney Mayor in 2018.

She first became involved in politics as a student at Oxford University, and stood in the 1997 county council elections in the Oxford Central ward, but after she became pregnant all those opportunities “slammed shut” because political structures did not accommodate a young mother with a baby. She was called to the Bar in 1999 while seven months pregnant, did pupillage as the lone parent of a small baby, and successfully obtained tenancy.

When the WEP launched in 2015, however, Harini felt inspired again, and has been involved with the party since its inception. One notable fact about the WEP is that it invests in its candidates in a practical way, for example, by paying childcare expenses.

“I think violence against women and girls in the UK is probably the biggest human rights violation that exists in this country,” she says. “One of the core objectives of the WEP is to end violence against women. The statistics are shocking. For example, rape convictions stand at less than 2%.” A coalition of women’s organisations is currently bringing a judicial review against the Crown Prosecution Service to challenge its decision-making policy on rape cases.

For the 2019 General Election, the party ran a tightly focused campaign, standing five candidates who were survivors of sexual violence or domestic abuse in constituencies where the incumbent male MP faced long-standing unresolved allegations of sexual violence against women. In the face of WEP’s campaign, four of the MPs decided not to stand again. The fifth MP lost his seat at the election. In one of the seats where the previous MP stood down, when the Liberal Democrats agreed to adopt WEP’s three key policies, the WEP candidate withdrew to support the Lib Dem candidate. That included the WEP policy of giving constituents the power to eject MPs found guilty of harassment. Under the Recall of MPs Act, constituents can call a by-election if their MP is convicted for providing false or misleading expenses claims but not if they’re found to have sexually harassed or assaulted someone.

The WEP also campaigns on electoral reform. “We do politics very differently, for example, we have associate members who also belong to other political parties,” she says. “We think the political system needs to be updated to represent the population in a better way. Research proves that more women and minorities get elected under a proportional representation system.”

As a barrister, Harini has acted in equal pay and employment rights cases, and is the author of “A Practical Guide to the Law of Gender Pay Gap Reporting”. Regretably, the biggest change she has seen since being called 20 years ago “has been reduced access to justice in all jurisdictions. It is harder for people to get justice than before”. Six years ago, the LASPO Act cut legal aid from vast swathes of civil law, and government cuts in public spending as part of its austerity programme have also resulted in reduced funding for law centres and legal advice agencies.

Her advice for those setting out in the legal profession is: “There are a lot of networks that exist now that didn’t when I was starting out and which would have been brilliant, so please make sure you use them and give them your support as an ally. They were all set up by people working for free because they love the profession.” There are, for example, networking events such as the Female Advocates’ Breakfast and the Temple Women’s Forum, which also runs talks and workshops. The Association of Women Barristers, headed by Supreme Court President Lady Hale, hosts numerous events while Behind the Gown is a group of barristers dedicated to tackling sexual harassment at the Bar. 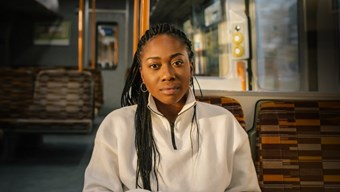