Anyone reading the homepage of the Criminal Bar Association’s website can’t miss the stark message. “Lack of funding in the criminal justice system has resulted in near-collapse,” Angela Rafferty QC informs visitors. “In my view it is now broken.”

Occasionally this reaches national scandal proportions, such as the recent revelation that prosecutors failed to disclose vital evidence to the defence in high-profile rape cases. The Secret Barrister’s book dissecting the problems in the criminal justice system - Stories of the Law and How It’s Broken - has now sold over 100,000 copies. The book, which has been embraced as a campaigning tool by the anonymous advocate’s colleagues, warns that we can no longer be sure that the criminal courts make a good fit of convicting the guilty and acquitting the innocent.

The basic problem, lawyers say, is austerity. With the government committed to protect spending on areas like international aid and the NHS, other departments have taken the brunt of cuts. The Ministry of Justice’s total spending limit was reduced by 29% between 2010 and 2016, after accounting for inflation, and cuts are due to hit 40% by 2020. The police and Crown Prosecution Service have lost around a fifth of their funding -- and criminal legal aid spending has been hacked by one third.

The resulting pressure on criminal lawyers’ incomes means that practitioners combine high-minded protests about the risk of systemic injustice with more personal concerns about their own livelihoods. A young criminal barrister from the Young Legal Aid Lawyers group says that “I am unable to afford travel, food and rent... there are days where I have to go without or even walk a bit longer to not pay for the extra bus. This is the suffering that those of us at the very junior end are going through.”

Solicitors, too, are feeling the pressure. The Secret Barrister writes that “the relentless slashing of legal aid rates renders it near-impossible for many solicitors to remain financially viable”.

Why, then, would any up-and-coming lawyer choose criminal as a career? One of Scotland’s most senior criminal lawyers, John Scott QC, recently told the Times that: “I am at a stage now where I would probably say to young people ‘look, it’s hugely important and we need the best people doing it, but you would be able to support yourself and your family much better, much more easily, if you did something else”.

But for Chris Daw QC of Lincoln House Chambers (in Manchester) and Serjeants’ Inn Chambers (London), this is a false choice. Speaking exclusively to Verdict, Daw says that for all the “doom and gloom” around legal aid cuts, criminal law is a perfectly viable career path for would-be barristers so long as they’re willing to supplement their income elsewhere.

“You hear very tragic examples of people who can’t pay their rent, who can’t eat. I’m sure those things do happen to a small number of junior barristers. But the reason it happens is because, unfortunately, through their own situation or through chambers not adapting to the times, they are not diversifying their practice enough.

“For a long time [criminal] barristers have not been commercial. They’ve had a sense of entitlement -- that they’re entitled to public money to give them a really comfortable living. Nobody who is working entirely for public funds is entitled to a well-paid job, and barristers are no different. The only difference is we’re self-employed, so we’ve got the flexibility to find other sources of income.”

Whether that means finding more clients paying privately for criminal defence or picking up civil work, Daw says that barristers need to realise that they’re in the same position as any other small businessperson.

“Rather than simply complaining ‘that’s terrible, they’ve cut my money, I want it back’ -- as I’m afraid many of my colleagues tended to do -- my response was to say ‘well, what else can I do?’ I started to do a lot more professional misconduct and regulatory work and that now forms a significant strand of my practice. I started to do a lot more corporate regulatory advisory work. I also pursued -- as any rational business person would -- private criminal instructions from high net worth clients, companies and those with insurance.”

The stereotype of the criminal QC is still probably somebody like the stentorian Attorney General, Geoffrey Cox, who went to Cambridge from a private boarding school. Daw, the state-educated son of a builder from Milton Keynes, is of much more humble origins. That perspective allows him to put the current travails of criminal lawyers into context:

“A lot of barristers who are complaining went to private school. They often had really big advantages in getting to where they’ve got to. I don’t think they’ve got an understanding of what hard work by the great majority of the population actually looks like.”

The statistics show some support for this view. The Bar Council, in a recent briefing, noted that in 2014 the average net earnings of a criminal barrister were £28,000 after taking off VAT and various expenses. Coincidentally, £28,000 was the average full-time UK salary that year -- so what to barristers might seem like poverty looks, to many workers, like a normal wage. “The idea that we are somehow worse off than the average taxpayer,” Daw says, “is ludicrous.”

So for young lawyers prepared to put in the hours, dabble in other areas and not feel too sorry for themselves, crime is a perfectly good career move. “This is still the best job in the world,” Daw tells Verdict. “The message I’m trying to get out to students is that if you’re bright, ambitious, hard-working and passionately committed to a career at the criminal bar, it’s there for you. It’s just not going to be given to you on a plate with guaranteed earnings from legal aid.”

Trainee solicitors and pupil barristers who specialise in crime often start out earning around the profession’s minimum training salary (£19,122 for trainee solicitors and £17,212 for pupil barristers). As they progress their careers these figures rise substantially, but with legal aid funding limited for criminal law this will never be an area for those primarily motivated by money. Increasingly as many criminal lawyers progress their careers they diversify their practice areas, to include other litigation and regulatory work, which often pays substantially more than legal aid work.

Prosecuting or defending offences – everything from pot possession for junior lawyers to murder for senior ones. Nowadays solicitors handle a lot of the basic stuff at the Magistrates’ Court, or “Mags”, while more serious cases before a jury at the Crown Court are usually the preserve of barristers. There is also more lucrative white collar crime and fraud work, often privately funded.

A great way of finding out what criminal practice is like is to simply turn up and watch. But bear in mind, that doesn’t show you what it’s like behind the scenes, where solicitors in particular do a lot of their legwork: attending police stations at all hours to advise suspects of their rights or combing through evidence from the Crown Prosecution Service. Most law firms and chambers specialising in criminal law offer ad hoc work experience placements.

Take your first steps towards a career in criminal justice by studying the LLB (Hons) Law with Criminal Justice. 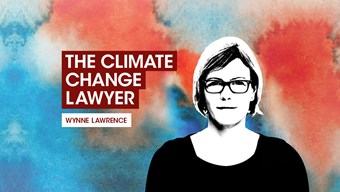 The climate change lawyer: An interview with Wynne Lawrence 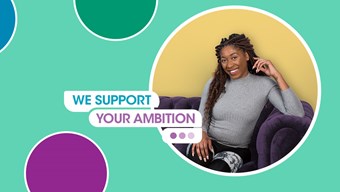 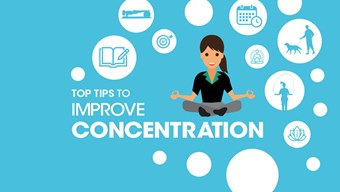