Our 250+ team of tutors are qualified solicitors, barristers or judges. Alex Morrice trained and worked as a Commercial Property solicitor. She now brings her passion for law and teaching to ULaw in Bristol.

My maternal great grandfather was a British Army Officer in both the first and the second World Wars. He was awarded the Military Cross for bravery in action at the Battle of the Somme. Eisenhower apparently described him as “a gallant Scot, devoted to duty and absolutely selfless [but] blunt, at times to the point of rudeness”. He then became military commander-in-chief and Governor of Gibraltar, where he helped to build new houses to relieve the poor housing conditions, and established a Legislative Council.

I trained as a Commercial Property solicitor with Osborne Clarke and then worked for Berwin Leighton Paisner and subsequently Clyde & Co as part of their Real Estate teams.My work included acting for investors, public companies, entrepreneurs and pension funds in selling, acquiring and managing both freehold and leasehold properties. I have had substantial experience in the retail, office and industrial sectors. Property finance is also part of my expertise – I have acted for large and small lending institutions. I often acted on large scale corporate takeovers and buyouts, reporting to the corporate team on the property portfolios of the relevant companies.

I became the in-house property lawyer for Bristol University.My role was to ensure that the University’s portfolio was managed effectively. I also acted on the acquisition and sale of properties in its portfolio, and ensured that there was good communication between the Board and the various departments which were involved in using the University’s space. I was also involved in liaising with the NHS concerning the assets which they and the University jointly owned.

When ULaw opened in Bristol. I joined as part of the start-up as Land Law and Equity tutor on the GDL. I now teach Land Law on the LLB, Land Law and Equity on the GDL and PLP, Family, Interviewing, Conduct and Solicitors’ Accounts on the LPC. I am also team leader for Land and Family. I have also been involved in designing course materials and assessments for the LPC reset, the GDL modularisation and the Open University Tutoring students and earning their trust and respect brings with it a feeling like no other.

I completely identify with the ethos of ULaw. Teaching in its traditional sense has been proven to yield limited success in understanding and knowledge retention. The role of a tutor should be to facilitate student learning, rather than taking a dictatorial approach. There has been so much research in this area and this method of learning has been proven to be the most effective.

In the current climate, students understandably have concerns over obtaining jobs. One of the primary aims of ULaw is to help students to get those jobs. We have sound links to major law firms in every location and active, dedicated employability teams to help with CVs, application forms and interviewing practice.

There is no point in learning law in a vacuum.Many of our students are aiming to become commercial lawyers. ULaw materials are focussed on the law, but in a commercial context, so that at each stage, students are seeing how the law is relevant in a commercial context. This is invaluable, not only during the interview process but also to enable the students to gain skills which can be put to use immediately during the training contract/pupillage. It sets them apart from the crowd.

ULaw is a force to be reckoned with. We have a wealth of knowledge and experience and as such, are the top legal studies provider. What makes us different is that we listen to law firms and are flexible and we adapt according to the changing needs of the commercial law market. Another USP is that we provide courses to suit most lifestyles, and so make learning law accessible to all.
Find out more about how our experienced team of tutors can help you achieve your career ambitions at law.ac.uk.

Prepare for Clearing with online tools 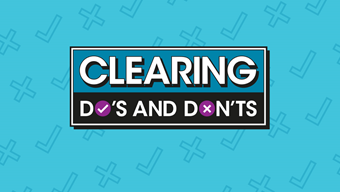