Nottingham, the city that will be home to our brand new campus from September 2019, has a huge population of over 60,000 students, making the city a haven for scholars looking for a city that prioritises their needs. The city claims to have more bars, pubs, restaurants and cafes per square mile than any other city in Europe so you’ll never be stuck for a night out.

Nottingham has also secured Purple Flag accreditation every year since 2010. Having Purple Flag status indicates that Nottingham is a great, safe and vibrant place for a night out. Accreditation is based on the overall wellbeing of the area, accessibility and movement, the social and cultural offering, the place itself and having clear policies, aims and a strategy for delivering these objectives.

With so much to see and do across this vibrant city we thought we’d take a look at the top 8 attractions you need to check out while studying in Nottingham.

Nottingham’s City of Caves is part of a hidden maze of over 500 sandstone caves underneath the city streets that date back to the dark ages. Perfect for the making of tunnels, the soft rock was carved away to create hundreds of caves and passages which have been used as homes, storerooms, dungeons, tanneries and hideouts. Take the tour to investigate the social history of the caves and learn more about the events that once happened inside these underground dwellings.

Located in the heart of Lace Market, Pitcher and Piano is a bar housed within a stunning Grade II-listed church complete with stained glass windows, exposed brick archways and beautiful interiors.

With all-day food and a range of delicious cocktails, worldly wines and boutique beers there’s something for everyone. Don’t forget live music every Sunday too. There’s nowhere else quite like it in Nottingham.

Highfields Park is a 21 hectare park endowed with magnificent trees, exotic plants and water features. The landscaping dates back to the late 18th and early 19th century before founder of Boots and Co Ltd, Sir Jesse Boot, purchased the land. It also features a host of site facilities including adventure golf, a boating lake and even croquet. Between April and September visitors can hire a canoe or rowing boat and enjoy a relaxing sail across the waters of the beautiful lake and take in the surrounding scenery.

Nottingham Film Theatre opened its doors to the public on 22 September 1966 and began by screening films three days a month. Originally housed within the Wesleyan Chapel its growing popularity led to The Broadway building being opened in 1990 and expanded again in 2006 when 2 more screens were opened. The building itself is a thing of beauty, designed by British fashion designer Paul Smith and the cinema’s fans include cult director Quentin Tarantino, who chose it as the UK premiere location for Reservoir Dogs.

Nottingham Contemporary is one of Britain’s largest and leading centres for contemporary art. The building was designed by the award winning architects Caruso St John and features four galleries, a performance and film Space, a Learning room, The Study, a shop and a café. Whether you want to wander the gallery for inspiration or attend one of their crafting workshops there is something for everyone here.

Ambassador for VisitEngland and for VisitBritain Ezekial Bone’s Robin Hood tour is an unmissable attraction. His Nottingham Robin Hood Town Tour is the No.1 city attraction on TripAdvisor. The Nottingham Post describes it as ‘. . entertaining & highly informative . . . unusual & exhilarating.’

Meet Robin Hood and discover the truth of the ‘Hooded Man’. Follow the trail of historical facts and learn how ballads over 700 years old grew into one of the greatest stories ever told.

Throughout the tour you’ll visit historic landmarks like the Council House, Old Market Square, the Theatre Royal as well as other hidden surprises that await you on this adventure around town.

Wollaton Hall is a spectacular Elizabethan mansion and deer park. Built in 1588, the Grade I listed hall is set within 500 acres of parkland boasting diverse habitats including grassland, wetland and woodland. Herds of red and fallow deer roam free across the parkland year round.

The hall also draws a number of film and comic fans as the building was featured as Batman’s house in Christopher Nolan’s Dark Knight Rises.

Hidden behind the stark boiler shop front you’ll find the Boilermaker, one of the quirkiest hidden bars in the UK. From cocktail classics to their own unique creations - such as Beachhut Brunch and Strong Gindependent Woman, Boilermaker is an unmissable bar to try out while you’re in Nottingham.

Learn more about the undergraduate and postgraduate courses available at our Nottingham campus. 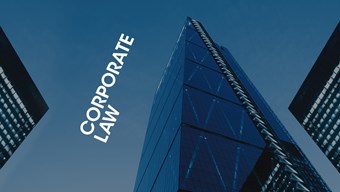 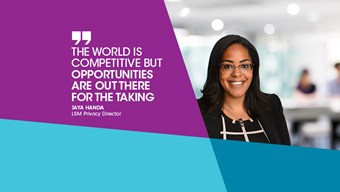 ULaw Business Advisory Board: An interview with Jaya Handa 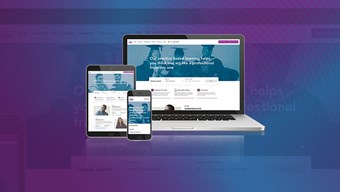