Senior representatives from The University of Law (ULaw) and the University of Petroleum and Energy Studies (UPES) met with the Sri Lankan PM to hold discussions about educational reform and possible collaborations with the government. 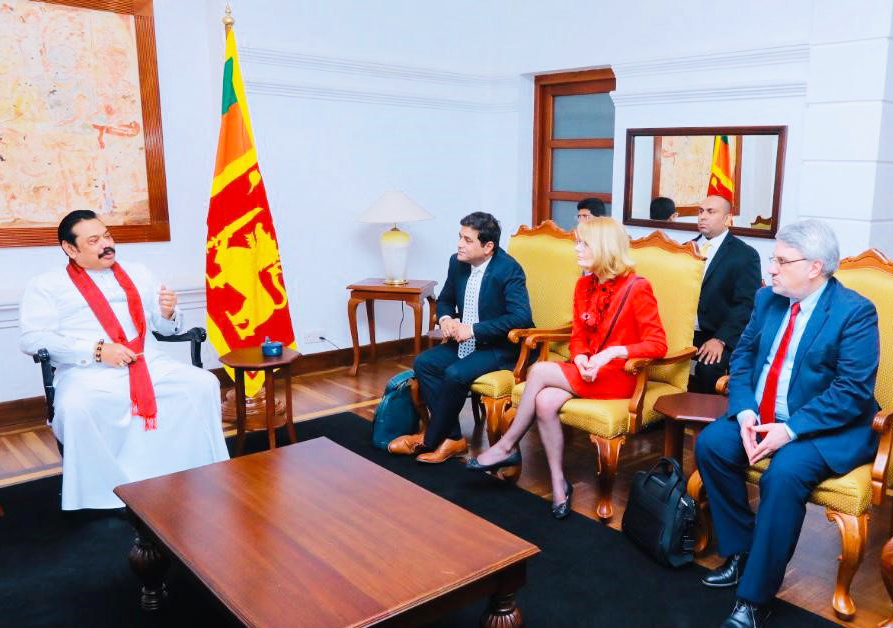 Representatives from The University of Law (ULaw) and the University of Petroleum and Energy Studies (UPES) met with the Prime Minister of Sri Lanka, His Excellency Mahinda Rajapaksa, last week to discuss educational reforms and opportunities within the country.

ULaw and UPES were granted an audience to meet the Sri Lankan Prime Minister and senior government officials to present the universities’ endeavours and discuss their global activities.

Professor Andrea Nollent, Vice Chancellor and CEO of ULaw, said: “The meeting was an excellent opportunity for ULaw to showcase the work it does to the Sri Lankan government’s top officials and His Excellency Mahinda Rajapaksa himself.”

Sharad Mehra, GUS CEO (Asia-Pacific) and UPES Chairman, said: “We at UPES and Global University Systems are honoured to have been granted an audience with the Sri Lankan government and the Prime Minister to discuss the work our institution does.

“We look forward to exploring future opportunities for collaboration in the country with institutions as well as the government.”

Whilst in Sri Lanka, a meet and greet session was also organised for the ULaw and UPES delegations with alumni and prospective students in attendance.

Vassilis Konstantinou, Pro Vice Chancellor for International Development at ULaw, said: “This is an exciting time for our institution. The conversation with the Sri Lankan government is evidence of our global ambitions and our commitment to delivering world-class education to students around the world.”

Additionally, the ULaw and UPES delegation also attended meetings with representatives from the British Council in Colombo and a range of other potential academic partners.