Miriam González Durántez is known for her marriage to Nick Clegg, the former Deputy Prime Minister. However, she’s had a formidable career in foreign affairs and is now a partner at Dechert, where she advises on Brexit and EU law. Miriam wants to see more women at the top with her.

She’s at the top of her profession, but Miriam González Durántez is constantly struck by how few women are at the top with her: “I’m still surprised at how many times I sit in a meeting and all the others are men. When I was a girl, I would have thought that that was never going to happen to me because the world was changing a lot, but it is changing very slowly. Too slowly, of course.”

Dechert isn’t the only City firm with less than 50% female partners, and while the figures are rising steadily, Miriam is a “reluctant supporter” of introducing gender quotas, which would make law firms recruit a set percentage of women.

González Durántez says: “The lawyer in me says: 'I don’t really want to correct discrimination with another discrimination [namely quotas]', so that grates for me.” However, she believes that temporary action is needed to redress the imbalance, and she awaits progress “with optimism”.

Hailing from Spain, González Durántez admits that interventions like these are perhaps more conventional on the continent than they are in the UK. But, then again, she’s not a conventional person.

She explains: “I have never been very traditional in law and I hope not in anything else. I believe in sense… I believe in embracing progress, not fighting against it.”

This sense of being untraditional is evident throughout her working life. González Durántez moved into private practice after a long career in trade negotiation and foreign affairs in the EU and at the Foreign Office. These days, as well as co-chairing Dechert’s international trade and government regulation practice, she’s a media commentator who can be seen on The Andrew Marr Show. What’s more, she posts recipes on her food blog mumandsons.com and has even published a cookbook, Made in Spain.

González Durántez likes to work with similarly unconventional people: “The best people I have ever recruited are people who are interesting people outside the office, who really have a proper open approach to life. They are the ones who have developed to be the stars in my team — consistently.”

A passionate believer in female role models, González Durántez set up the Inspiring Girls campaign, where successful women go back to school for an hour a year to speak with young girls: “The main purpose is to show girls the diversity of job roles, so they can choose freely without the stereotypes or the weight of society on them.”

González Durántez does not have British citizenship and practises in the UK as a European lawyer. On Brexit, she says: “In a way, the more mess there is, the more accountants, lawyers and consultants are advising.”

For law students wondering about their post-Brexit future, González Durántez has this advice: “When your world gets smaller – which is what happened with the Brexit announcement – your view of the world needs to go wider. You need to focus much more on having an international understanding. Languages become more and more important. You need to be ready to practise wherever — there is quite a lot that you can do at your own personal level not to become a prisoner of a tiny area in a market that may be getting closer and closer.”

Are you ready to practise law on the world stage? Broaden your outlook with one of our courses. 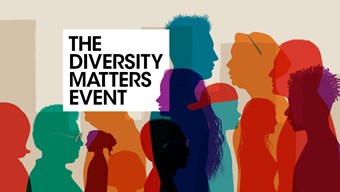